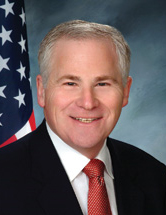 Mr Perry also believed it was his wife, after Justice Scheinkman previously directed that Mr. Perry have custody of the children, who anonymously complained to Child Protective Services that the children were being held against their will at Mr. Perry’s residence. This claim was investigated and found to be unfounded.

Mr. Perry’s current motion was to enjoin Ms. Perry from filing any future actions against him, in any jurisdiction, without prior judicial approval.

Ms. Perry, herself, did not file an affidavit in opposition. However, her counsel submitted an affirmation in which counsel represented that her firm had nothing to do with any letter regarding a potential RICO claim. While disclaiming that her office had any “present intent” to file a RICO claim, counsel urged that there was no reason, should Ms. Perry possess a valid claim, for the Court to impede or impair Ms. Perry from presenting that valid claim.

Justice Scheinkman denied Mr. Perry’s motion. The Court noted that in General Atomic Company v. Felter (434 US 12 [1977]), the United States Supreme Court held that a state court is without authority to enjoin parties before it from instituting new or additional litigation in federal court, even if the federal suit raises the same issues and events as were raised in state court and the federal suit is being brought for purposes of harassment.

Just two weeks after Mr. Perry obtained his Order to Show Cause to bring on this current motion, and on the business day after Ms. Perry’s divorce counsel signed her affirmation opposing the current motion, Ms. Perry filed a civil Federal court RICO action on Monday, July 9, 2012, using the services of different attorneys than those appearing for her in the divorce action.

Thus, Justice Scheinkman suggested that perhaps Ms. Perry would be wise to “focus on the main event and defer the satellite litigation until a later date, if ever.”