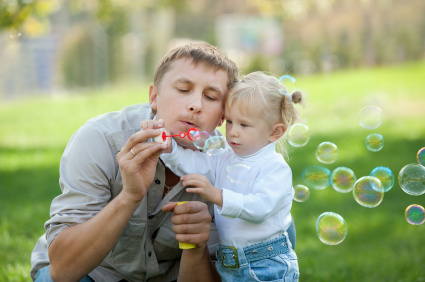 The Second Department was quoting from the 2002 decision of the Court of Appeals in Gravlin v. Ruppert, 98 NY2d 1, 743 NYS2d 773. That case also addressed a father’s failure to live up to his scheduled substantial parenting time. Nonetheless, based upon the appellate record, the Third Department was able to determine that the application of the presumptive formula would have been unjust and/or inappropriate based the non-monetary contributions of the father and the fact that the father’s income was substantially less than the mother’s.

In this second of two blogs discussing Supreme Court Nassau County Justice Anthony J. Falanga‘s March 28, 2011 decision in A.C. v. D.R., we look at the Court’s temporary financial relief rulings under the recent amendments to D.R.L. §§236B(5-a) and 237. Last Monday’s blog discussed the joinder for trial of the wife’s post-no-fault action with the husband’s pre-no-fault action, as well as the Court’s denial of the wife’s partial summary judgment motion on her no-fault claim, although the Court recognized no defenses were available to a subjective irretrievable breakdown claim.

The parties were married in 1992 and have 3 children, ages 13, 10 and 7. The parties continue to reside in the marital residence.

Based on its determination that the husband’s income net of FICA and Medicare taxes was $529,857.00, the Court first applied the new temporary support formula to determine that the presumptive temporary maintenance award would be $148,297.00 (30% of $529,857.00 minus $8,516.00, as that result is less than 40% of the parties’ combined income less the wife’s income). The Court, then, noted that blind adherence to this formula was likely to lead to inequitable results:

. . . [I]n this court’s view, the statute requires some remedial language as strict application in almost every case will not effectuate the statute’s purpose and will result in awards that are unjust and inappropriate . . . .